COVID-19 Update: It is an honor and privilege to help your pet pass in the comfort of home. Home visits require that all members of the household be free of flu-like symptoms, respiratory signs and fever; and are wearing a face mask while in the presence of the veterinarian.

Free Paw Print with every appointment!

Pets are a source of our affection and entertainment; but on a more serious note how they unparalleled wisdom on how to live and how to die. I’d like to share a personal story about lessons I learned from traveling through the end of life journey with my dog Chewy.

There is one inescapable truth that every person and animal must experience; that is, at some point you come into existence and at some point you leave that existence. Life and death are rival relatives bond bound by an inseparable bond. If you reading this blog I guarantee you that 100 years from now you will not be here. We will all one day join the “eternity club”. Have you ever wondered how you will handle dying? I have, and thanks to Chewy I now have a perspective on the matter that is life changing.

A little background on my furry buddy. I inherited Chewy at the age of 6 years, when his owner, a relative of mine, tragically died of cancer. Chewy was an over-sized, Goliath strong, goofy, blue coated Doberman. Never having received training except potty training, he was totally unruly. I often referred to him as a “bull in a china shop” because he had no concept of personal space and would crash into people and household objects without a thought. Despite these flaws he was uncompromisingly sweet. In my day-to-day struggle with trying to handle his energy and teach him good manners, the only silver lining I could see was that I was learning patience. But that was all about to change. After 4 years of our friendship he developed bone cancer in his front leg. This was at this turning point in our relationship. In traveling with him through his journey from sickness to death I became the pupil and he became my teacher. Here are the 5 pearls of wisdom he passed on to me.

Like every dog or cat, Chewy was a “minute master”. What I mean is he savored every moment and he lived in the moment. The closest thing we as humans can relate to is our childhood; that carefree time when we could focus on the present without any burdens of the past or future. During the early stages of his battle with cancer Chewy was on a pharmacy of pain and anti-inflammatory medications. With the help of these medications and bandaging he went through each day with joy; still looking forward to his routine walks, playtime, meals and family interaction. His stump of a tail still wagged with enthusiasm when he saw me pull out his leash or reach for a treat from the pantry. If you looked at him minus his gimpy leg, you’d see a happy dog. Intellectually I know that dogs are not self-aware and they don’t have behaviors like self-pity, but seeing his unbridled courage and the happiness in his face despite his circumstance, just lifted my spirits. It was clear evidence that there is much value in “living in the moment”.

Lesson 2 - Work within your limitations

Chewy adapted quickly to the use of only one functional front leg. He even learned to be ambidextrous! As an example, before cancer struck his left leg, he’d always slam his left paw on our lap when he wanted more attention. Once the cancer struck, he learned to use his right paw instead. He made many other similar changes to enable him to soldier on with his new limitation.

Overexertion, even in a healthy state is not good for the body; but in a diseased state normal exertion may be too much. Chewy took that wisdom to heart. He’d still play and gallop about (on one leg) but took breaks often. He taught me his new tolerable walking distance. Oftentimes I found myself hesitating to engage in an activity because I was afraid it might be too much for him, but I learned that he knew his limits and would let me know when enough was enough, and he needed to rest.

The body may grow frail but love never fades. Even from his death bed Chewy gazed into my eyes from with the same tenderness that he always had. He never let illness rob him of his love for me.

Lesson 5 – Do not fear death

Pets don’t wonder about the afterlife (and neither do some people), and they accept each breath to the last. By the time medication had done all it could to control his pain Chewy gave me every indication that he was ready to leave this life behind. The most humane act I could give him was euthanasia, at home with his family. He faced his final moments with peace. And true to form, he did what most of our pets do when they are in our arms, he kept his eyes on me until his last breath. He showed no fear, only love. I couldn’t control the tears as I said good-bye, but I knew that the love he showed me even to the end of his life, would stay with me to the end of mine. 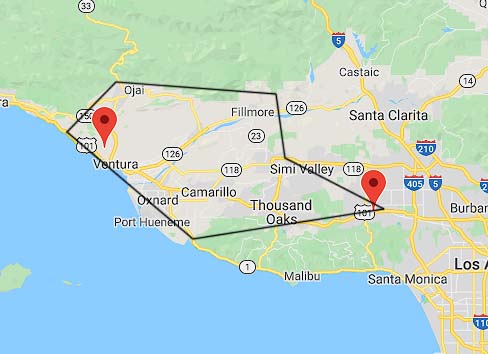 At DR 4 PETS, we are fully dedicated to providing solutions to address your unique needs. This personal care is why people throughout the Thousand Oaks area come to DR 4 PETS. 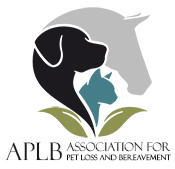